What is 3D Modeling and Rendering: Best Beginner’s Guide Firstly, let me introduce you to Haivan, he collaborated with me on this post as I had lots of questions regarding 3D modeling and he was kind enough to share some of his experience with me as he rebuilds his portfolio and online store.

Haivan is a former photographer and cinematographer working with lots of international clients for the past few years. Haivan likes hard surface modeling and organic modeling, shading and texturing, but the most exciting part for him is photography, even inside of the 3D software.

His current joy is recreating mini 3D car models of sports cars, classic cars and muscles cars. Converting images of real scale into mini fun 3D models which can be ordered via his BigCartel website.

3D Graphic rendering is also referred to as CGI by many.

In car modeling the main key is “a good understanding of topology”, Haivan can’t stress this enough. Also, that car modeling itself is not hard surface modeling but organic modeling. The follow video explains how topology works

I’ve “swallowed” the pain of not understanding topology. By understanding it, you can work much better and faster with more efficiency. It’s indeed a hard process for anyone but for those who want to make it, they need to learn it.

What is the difference between a rendering and a model?

When working in 3D modeling and rendering, there is a slight difference between the two but they are incorrectly used interchangeably by many who don’t know the difference. A 3D model is what the object looks like in 3 dimensions and a rendering is what an image made from the object looks like in 2 dimensions. So a 3D model is 3 dimension, a rendering is 2D image of the 3D object (hope that didn’t confuse you further).

What does a model render do?

A model renders what it should look like in real life, such as if you were to take a picture of something with your camera. It captures what objects would look like photographed from different angles.

Both artists and engineers use this technology to model what a product will look like.

What does rendering mean in modeling?

What is needed for rendering?

In order to get good renders you need good lighting and textures, which can both affect how well your render turns out. If things are too dark then everything seems very washed out and if there aren’t enough details on textures then objects end up looking flat.

How do you make images from models?

You take screenshots! Take as many as you want and also trawl online for source materials or ask your clients for as many photos as they can supply that cover what they want rendered from all angles.

What do I need for rendering?

You don’t really need anything besides your computer and software that has been used for creating or editing models. You will also then want different types of add-ons depending on what kind of images you’re making, such as lighting effects, materials etc. The more add-ons you have, the better quality image output there can be but it takes longer to render because there are more details needed in order to create those high end visuals. Now, some people might say they need things such as cameras and lights but what these actually refer to are software tools within your program which help with rendering these effects digitally.

You could pay for lots of expensive software but you can pretty much do a decent job using open source tools such as Blender, especially if you are a beginner and building up a portfolio.

Keep in mind that some ‘free’ rendering software actually comes with a hidden cost where they will charge you to unlock premium features or add-ons. This is the reason why we prefer Blender. It is open source and actually free.

There are other free 3D rendering software, I have listed them below:

No matter what type of work you are doing, Blender has the tool for it. Create jaw-dropping renders thanks to Cycles and its high end production path tracer capabilities with sculpting retopology modeling curves all in one place!

3D sculpting and painting programs are becoming more popular than ever before, with ZBrush being one of the most powerful tools for today’s digital artist. It offers an elegant interface that makes it easy to use while also providing access to advanced features you can’t find anywhere else!

Cinema 4D Studio is perfect for professional 3D artists who want to create advanced graphics quickly and easily. It’s also great if you’re new to the industry, looking at getting into freelancing or just need some guidance with your designs!

FurryBall RT is extra simple and easy to use for an artist – you can tune whole image quality with only a single parameter if want. GPU rendering doesn’t load up your CPU at all which means faster work on system during the render process!

Katana® is a highly efficient, collaborative look development and lighting solution that gives you the creative scope to meet today’s most demanding CG-rendering project needs.

3D and Augmented Reality content can be published to any website, on all platforms with Vectary Web AR. With a fully-featured 3D design tool you have access the tools that help bring your ideas into reality!

How are 3D models rendered?

Haivan likes to start his projects by making the body of the car first by looking at real life photos and any other sources such as online schematics and diagrams for reference. He states that you need as many images as you can get so that you have all angles covered to accurately create a 3D model and render. Otherwise the 3D artist will need to rely on their imagination and that will lead to an inaccurate 3D model and rendering.

The steps required to creating 3D models and renderings are a combination of what you know about geometry, art and design.

I could write thousands of words but a picture tells a thousand words and a video tells about 100 thousand words. So here we go. I have linked to Part 1 of a Blender tutorial to explain how the process works.

If you enjoy the first video, then click through to the YouTuber’s video to follow Part 2 and more.

What is 3D Modeling and Rendering: A Beginner’s Guide – Wrap up!

“What is 3D Modeling and Rendering: A Beginner’s Guide” has been a lot of fun to work on and I hope you’ve learned something new. If you have any questions or comments, please feel free to leave them below!

Otherwise, let’s get started with what is 3D modeling and rendering so we can all learn more about the industry together.

Image by Tayeb MEZAHDIA from Pixabay

Can you use acrylic paint on polymer clay? Yes but there’s a catch!

What is Still Life Drawing: Why Every Artist Should Learn This Skill Artist Goals – What Every Artist Needs to Do to Become Successful

There are many artist goals that a beginner artist should set and achieve in order to become successful. In this post, we will cover the key goals that any artist, beginner, or experienced needs to focus on. Starting with a summary of 5 key artist goals below we will then expand on these and additional… 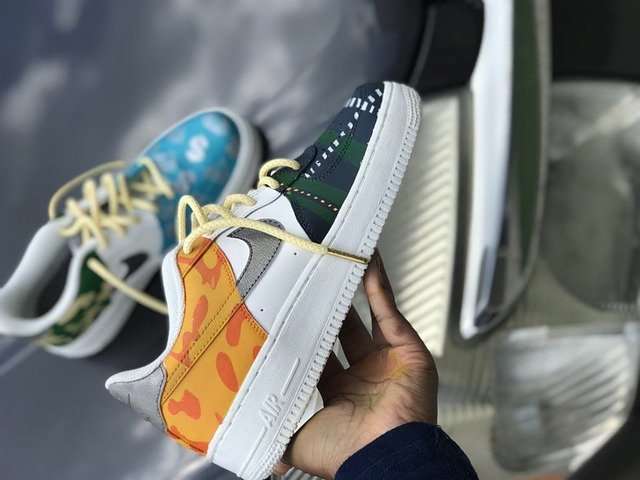 How to paint sneakers – Best paints and techniques explained

There are many different techniques for how to paint sneakers. Whether you want to customize an old pair, or just do a quick touch-up on a new shoe, there is something here for everyone. I’ll share how I paint my shoes and the best paints and methods that I’ve found. You can also check out… Do you want to learn the basics of perspective drawing? Drawing isn’t as hard as you think if you can master perspective. In this guide, I’m going to show you how to do basic perspective drawing for beginners. It’s not as scary as it looks so don’t worry about anything being too complicated. Just follow…